Community service is the lifeline of Exchange, with local-level clubs devoting countless hours and dollars to serving their neighbors every year. Community Service is the Program of Service that most allows Exchange Club Of Albany to identify opportunities within their communities and offer assistance to fill gaps in services. Since the first group of Exchange Club members convened, Exchange has set the bar high for community service involvement!   A few of the   community projects of the Exchange Club of Albany. The Book of Golden Deeds Awards, Alzheimer’s Care Takers Organization, The Anchorage, Mission Change,Lord’s Pantry, Special Olympics, Fellowship of Christian Athletes, Christmas Under the Oaks Parking, Assit with High School and College game day parking, Bell Ringing with Salvation Army. The Exchange is proud to donate dollars and time for  OUR COMMUNITY 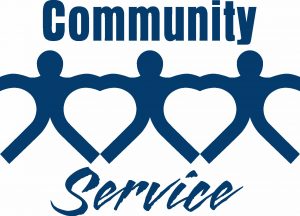 The Book of Golden Deeds Award originated in 1919 as an Exchange Club Program to recognize men and women whose sacrifice for public good motivated by an innate desire to help others. The award is to honor those individuals who’s good deeds might otherwise go unnoticed. Look at our friends and past recipients previously honored.

Our Recipient will be joining the elite group of our fellow citizens who have practiced kindness, helpfulness, and service to others in a quite way in order to make our Community and World a Better Place to Live.

OUR 2020 BOOK OF GOLDEN DEED’S RECIPIENT:

The Exchange Club of Albany presented the 2020 Book of Golden Deeds Award to Michele Bates known well for her service to the Southwest Georgia community.

Michele Bates received the prestigious award from the Exchange Club for her volunteer efforts in our community. The National Exchange Club’s longest running project, the Book of Golden Deeds Award, recognizes dedicated volunteers who give endless hours of their time and talents toward making their communities better places to live.

Michele Bates, was chosen due to her service in the community and many accolades. As a member and past President of the Junior Woman’s Club, Michele had the responsibility for the Lights of Love for the past 20 years. She is a member and past President of the Thronateeska Foundation, the 2014 Honoree and continuing member and past President of Cancer Ties, Make a Wish Foundation Granter with over 25 wishes granted, United Way’s Volunteer of the Year in 2008, a Girl Scout leader for 8 years, an Ambassador for the Albany Chamber of Commerce for the last 6 years, volunteer with “Quail Forever” for the past six years, the recipient of the Jefferson Award in 2018 presented by WFXL/Fox31 for her work with “Make a Wish” and “Cancer Ties”, a volunteer with Albany Mall Fashion Board for 12 years, a volunteer for the “Back the Blue” run, a volunteer for the “Albany Pink” walk and a volunteer for Relay for Life.

While doing the above she took care of her family Mart- husband, children-Eric, Sharon, Taylor, and fought and defeated cancer herself. Michele has been employed in the insurance industry over 30 years.

Barney Knighton Chairman of “Book of Golden Deeds Award”, stated it is people like Michele, that make Southwest Georgia an important and viable part of Georgia.